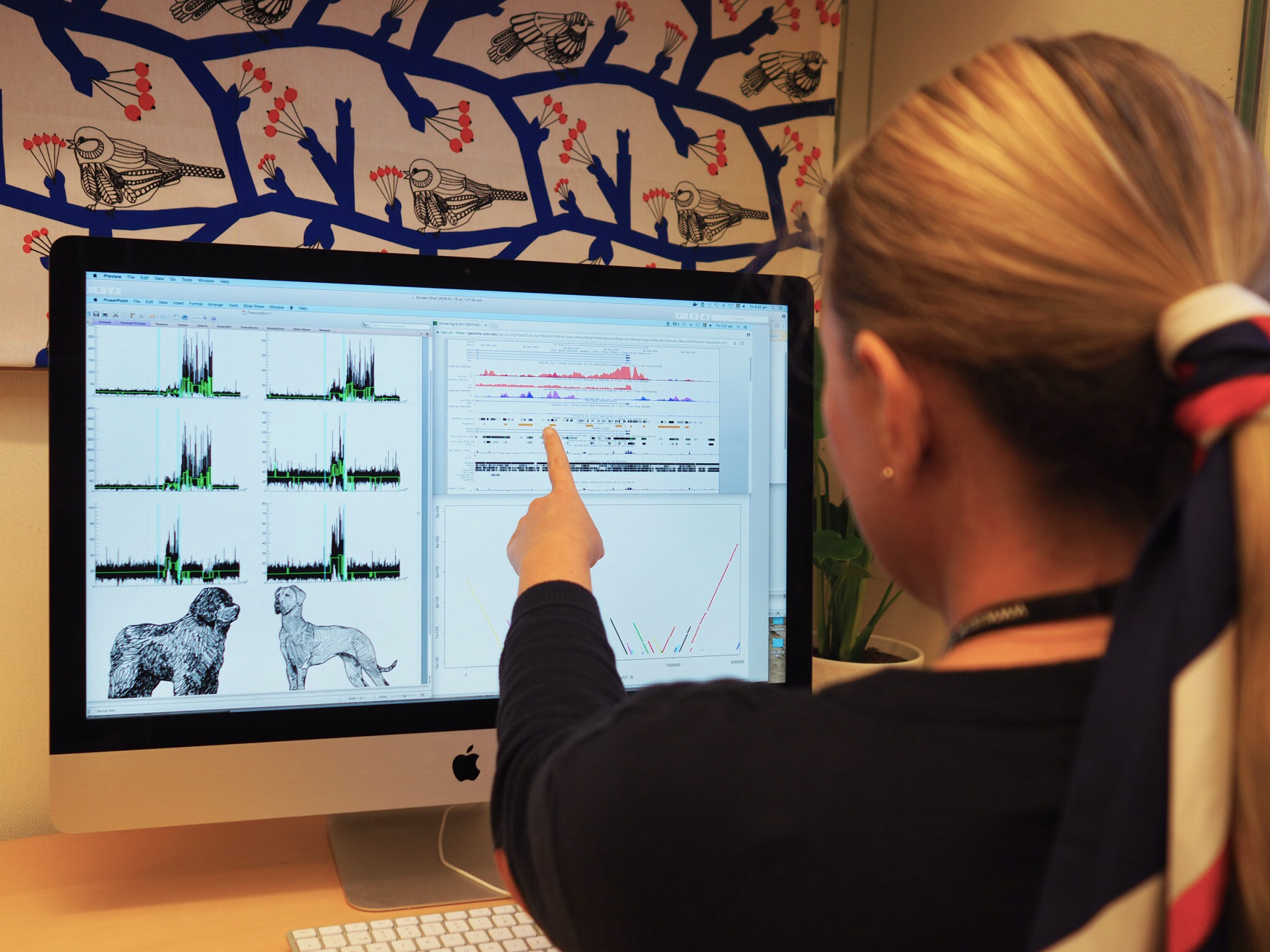 Comparative genomics involves the evaluation of genome homology, composition, organization and function, both within and across the species border. Our research team leverages these analyses to dissect and functionally characterise the natural variations in genome structure and regulation that lead to heritable complex disease.

We focus on traits with medical relevance, using the domestic dog as model organism. Both humans and dogs share roughly the same gene set, develop spontaneous disease with similar aetiologies and generally share the same environment. However, the genetic structure of the purebred dog genome means that both fewer markers and fewer individuals are required for analyses when compared to the same study design for humans.

Once putative loci have been identified in our canine companions, we go back to the expansive collection of resources developed for humans and other mammalian systems, e.g. genome methylation, 3D genome organisation and tissue panel gene expression, to further dissect the molecular mechanism of disease predisposition and progression in both species.

Through national and international collaborations, we are currently investigating the molecular genetics of:

(2) Perturbations of the immune system: autoinflammatory disease (AID) and ankylosing spondylitis (AS).

Research funding is provided by the Swedish Research Council, FORMAS.