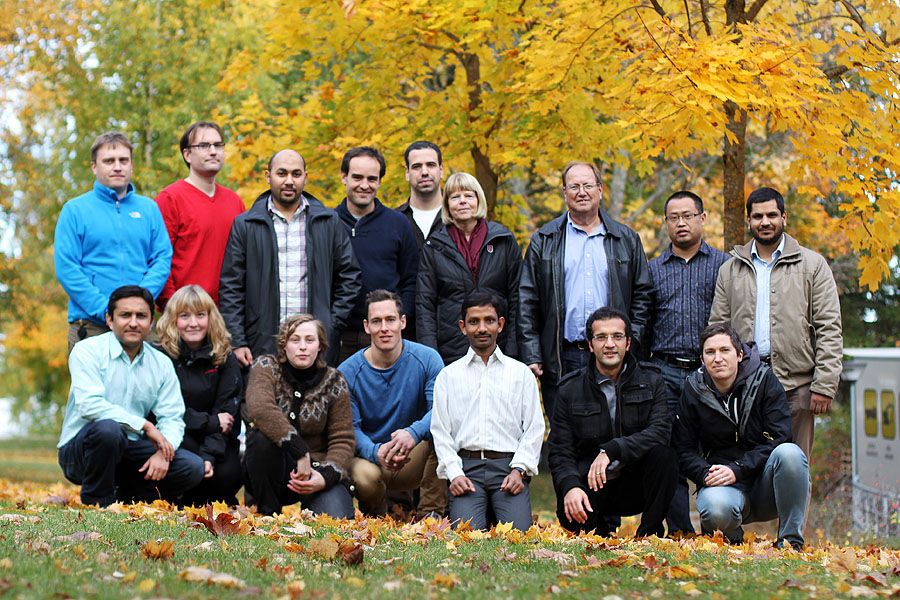 The overall objective of the group is to use genetics and genomics to advance our understanding of the genetic mechanisms underlying phenotypic variation. We are using domestic animals models because domestication and animal breeding have caused major changes in many phenotypic traits. This gives a unique opportunity to unravel the genes underlying phenotypic variation. The research includes genetic studies of both monogenic traits, like inherited disorders and coat colour, and multifactorial traits, like muscle development, fat deposition, autoimmune disorders and general disease resistance. The major research projects involve genetic analysis of divergent intercrosses in chicken and but the ongoing research also includes genetic studies in horses and pigs. The ultimate goal of the research is to identify the genes and mutations affecting a certain trait and thereafter study the mechanism as well as the biological and medical significance of the genes and regulatory elements affected by the observed mutations. An important tool in the current research is to use whole genome resequencing to detect signatures of selection.