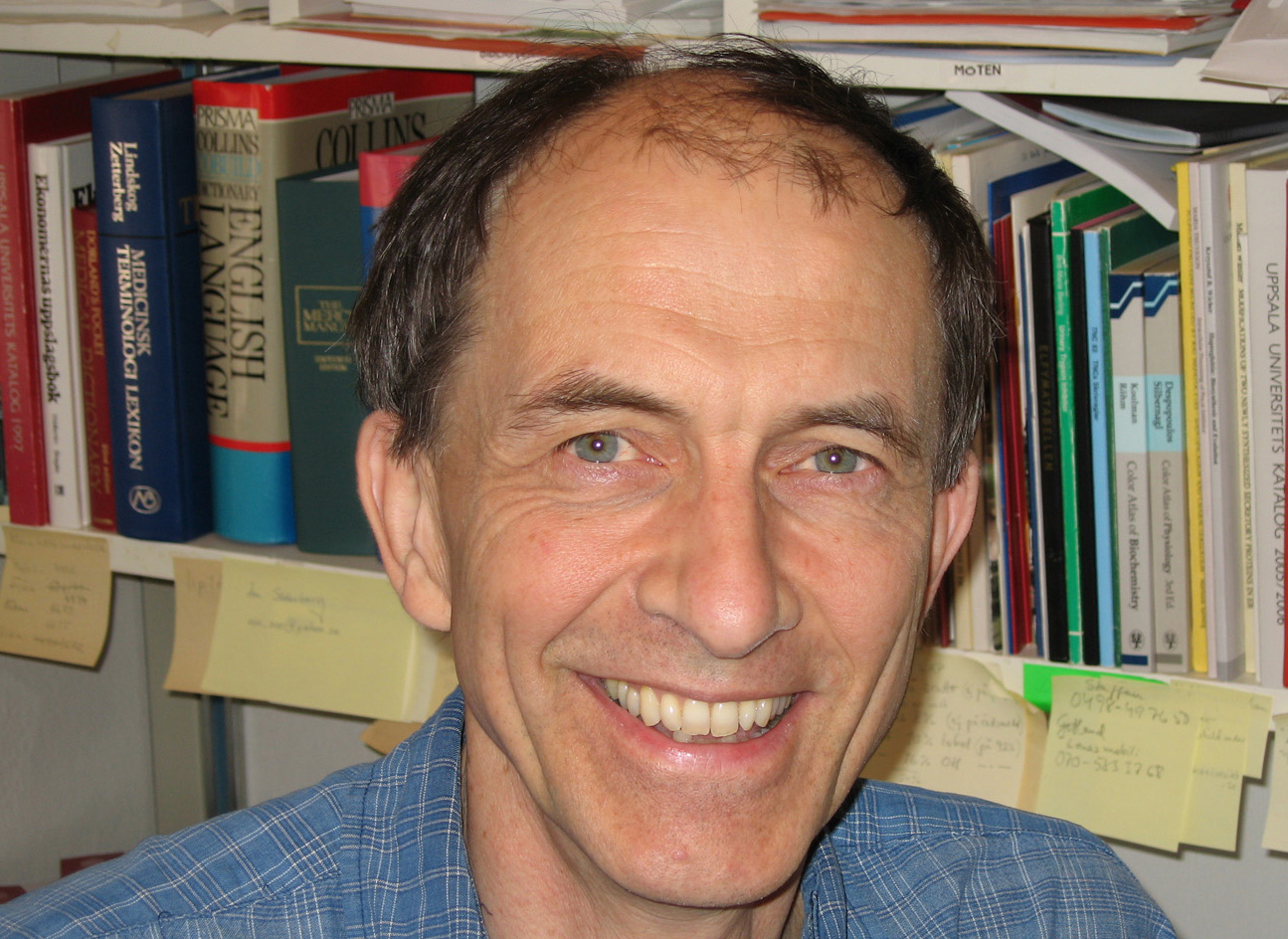 With no particular career plan but with an interest in physics, I started my university studies in 1967 with mathematics followed by physics. However, the physics courses were not as interesting as I had hoped so I continued with general chemistry, physical chemistry and biochemistry. I then wanted to do more pratical work and was accepted as a PhD student at the Department of Biochemistry.

My project concerned the release of proteins from membranes by detergentmolecules. This project led me to a cooperation with a group at the European Molecular Biology Laboratory (EMBL) in Heidelberg that was studying the interaction of different detergents with a membrane-containing virus and the last year of my PhD studies I spent in their lab. After defending my thesis in May 1977, I was allowed to stay one more year as a postdoc at the EMBL and then began studying the initial interaction of the virus with its host cell. My analysis of the pH-dependence of the binding of the virus to different cells led us to the discovery of the process by which this and some other membrane bounded viruses infect cells: through internal pH-dependent fusion of viral and endosomal membranes.

In October 1978 I went to the laboratory of James Rothman at Stanford University for a second postdoc period. Rothman wanted to elucidate the molecular mechanisms underlying the vesicular transport of proteins from the endoplasmic reticulum (ER) to the cell surface. To achieve this goal he wanted me to reconstitute the transfer of a newly synthesized protein destined for the plasma membrane from the ER to the Golgi complex in a cell homogenate. However, this approach turned out to be unsuccessful, but I managed to obtain an inter-Golgi transfer in my cell free extract. Unexpectedly, this reaction became the basis for Rothman´s further work which earned him the Nobel Prize in 2014.

In November 1980 I returned to Uppsala to work on protein secretion with Prof Per Peterson at the Department of Cell Research. Here I was introduced to the use of primary cells in the form of hepatocytes isolated from rat liver. After about two years I got a position as an assistant professor at IMBIM. Here I continued my work on proteins secreted by hepatocytes, in particular how these proteins are modified during their transport to the cell surface. One of the proteins I studied was the chondroitin-sulphate containing protein bikunin, which, in a complicated way, is involved in the formation of the extracellular matrix. In 1990 I became associate professor and in 2000 full professor.