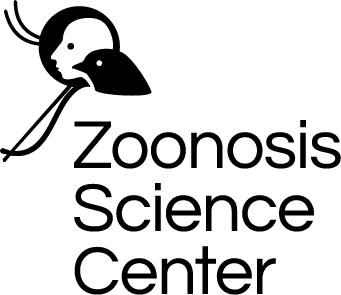 Viruses, bacteria, and parasites have been with us since ancient times, and as we change our environment new diseases emerge or old re-emerge. Most human infections are of zoonotic origin, meaning that they occur/occurred mainly in animals but also have the capacity to cross species boundaries and infect humans. At the Zoonosis Science Center (ZSC) we use a multidisciplinary approach to study zoonotic infections and antibiotic resistance. Our facilities at IMBIM include a Biosafety level 3 laboratory. Much of our research is a collaboration between IMBIM and the Department of Medical Sciences.

Currently, we focus on the following research areas:

Welcome to send us an email (Professor Åke Lundkvist) if you want to join our lab or are interested in our research! 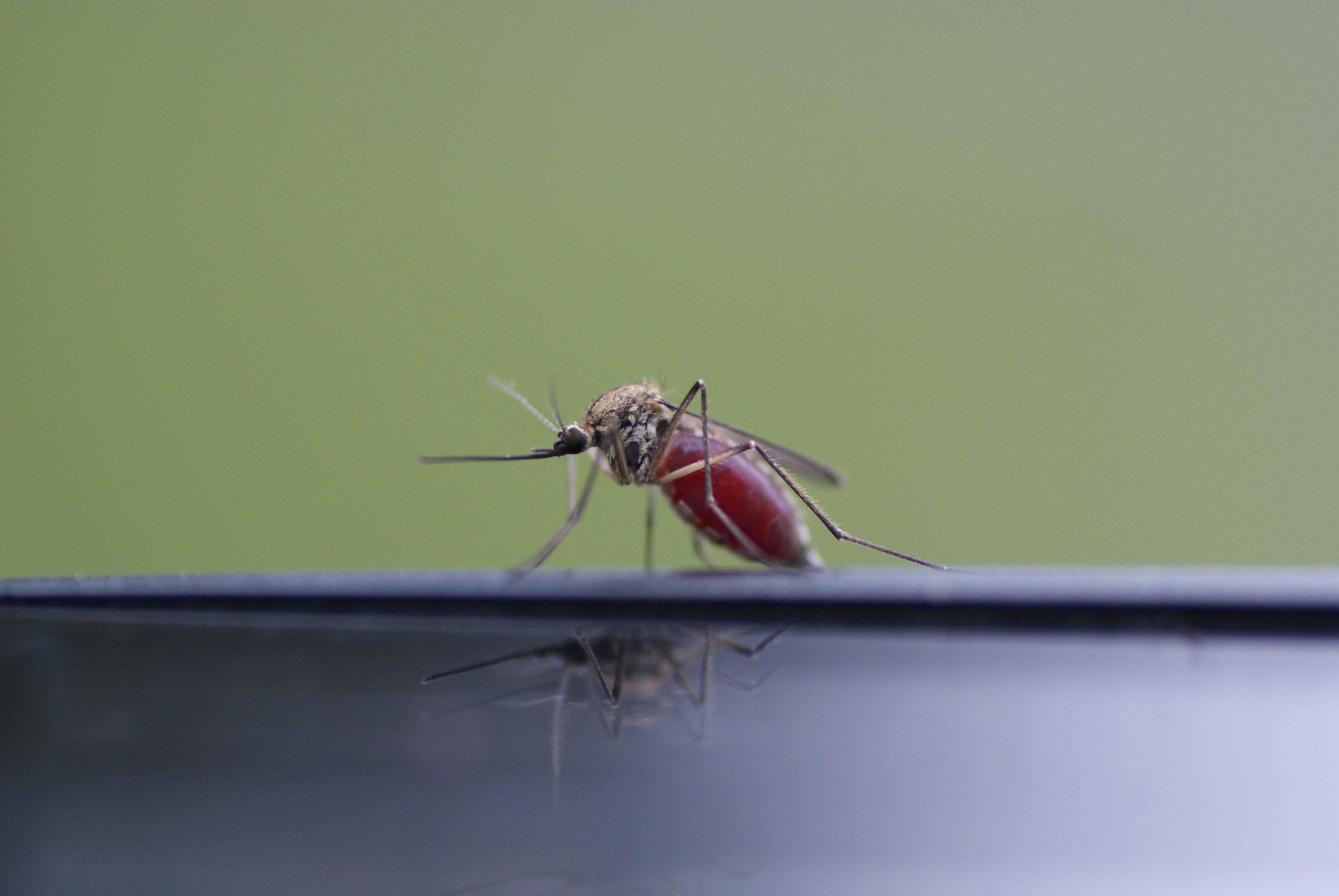 Arthropods are often responsible for the transmission of zoonotic pathogens between animal hosts and humans, acting as vectors of diseases such as Tick borne encephalitis (TBE), West Nile encephalitis and Borrelia infection. The vector biology group at the Zoonosis Science Center conducts research on the biology and ecology of mosquitoes and ticks and their associated pathogens. Detailed knowledge of the vectors is crucial for our understanding of pathogen evolution, maintenance and transmission in nature, and for assessment of risk to avoid outbreaks of vector-borne diseases in humans and animals.
Contact: Jenny Hesson 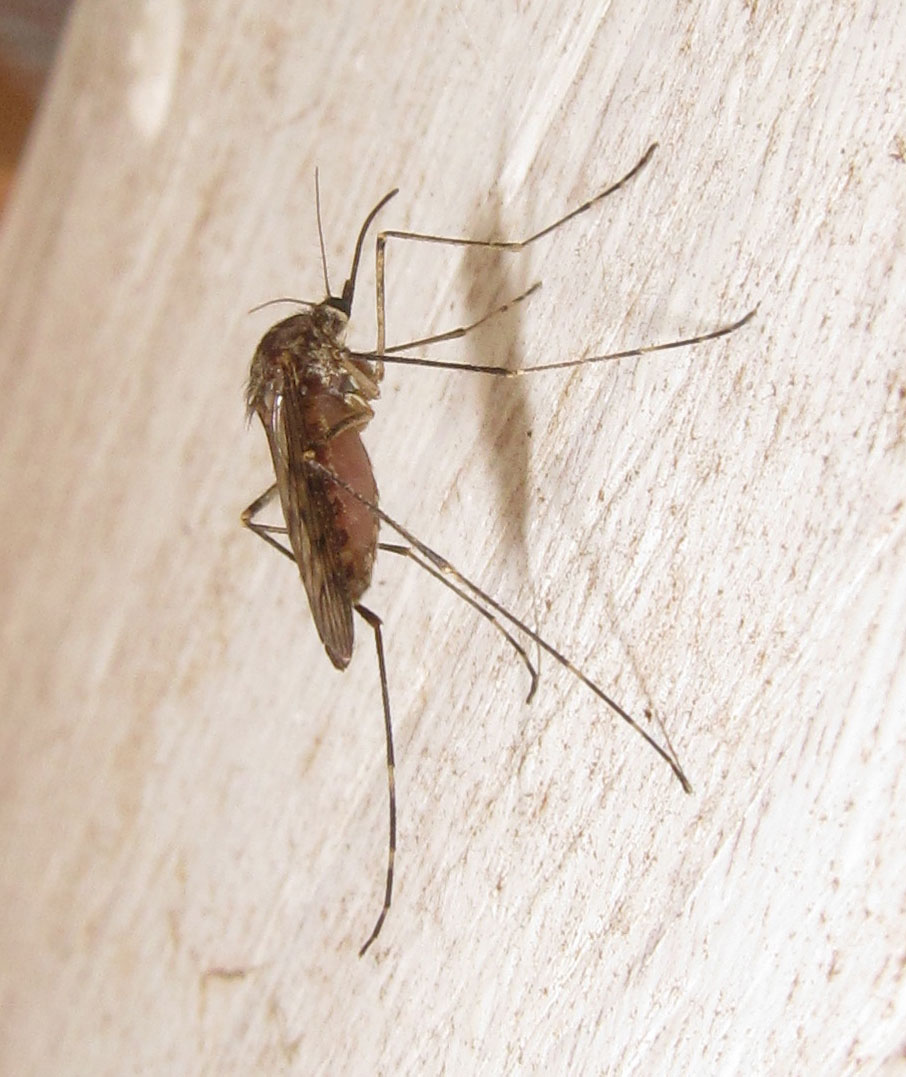 Our mosquito research is mainly focused on vector species that are of importance for the spread of pathogens in a temperate climate, such as Sindbis virus causing Ockelbo disease in Sweden and Finland, and West Nile virus causing encephalitis in southern Europe and north America. Vector studies include studies on distribution and abundance, infection prevalence, vector-host interactions and vector behaviour. We collaborate with mygg.se and have access to data and samples from standardized longitudinal collections from 2001 in an area where SINV is endemic. In addition, our research also expands to virus and vertebrate host studies, for greater understanding of the entire transmission ecology of these zoonoses.Contact: Jenny Hesson

Tick-borne pathogens
Ticks act as vectors for a number of viruses and bacteria pathogenic to man (e.g. tick-borne encephalitis virus (TBEV), Crimean-Congo hemorrhagic fever virus (CCHFV), Anaplasma, Ehrlichia and Rickettsias. At the Zoonosis Science Center we study the importance of seabirds and terrestrial birds in the dispersal of tick-borne pathogens. Birds are important vehicles and transmitters of various parasites and potential carriers of pathogenic microorganisms, thus “ornithological-medicine” is a research area that can give new insights into the ecology, epidemiology and infection biology of tick-borne infections involving birds.
Contact: Åke Lundkvist

Rodent-borne pathogens
Various species of rodents (mice, rats and voles) constitute the natural reservoirs/hosts for many viruses and bacteria causing severe human disease, especially hemorrhagic fevers. We especially focus on the large group of rodent-borne viruses called Hantaviruses (e.g. Hantaan, Seoul, Dobrava and Puumala viruses); their reservoirs, circulation in nature, transmission, evolution and pathogenicity. By national and international collaborations, we have access to expertise as well as material from all over Europe, Russia and China. We are also focusing on one of the most important carriers of disease-causing microorganisms - the rat (Rattus norvegicus and R. rattus).
Contact: Åke Lundkvist 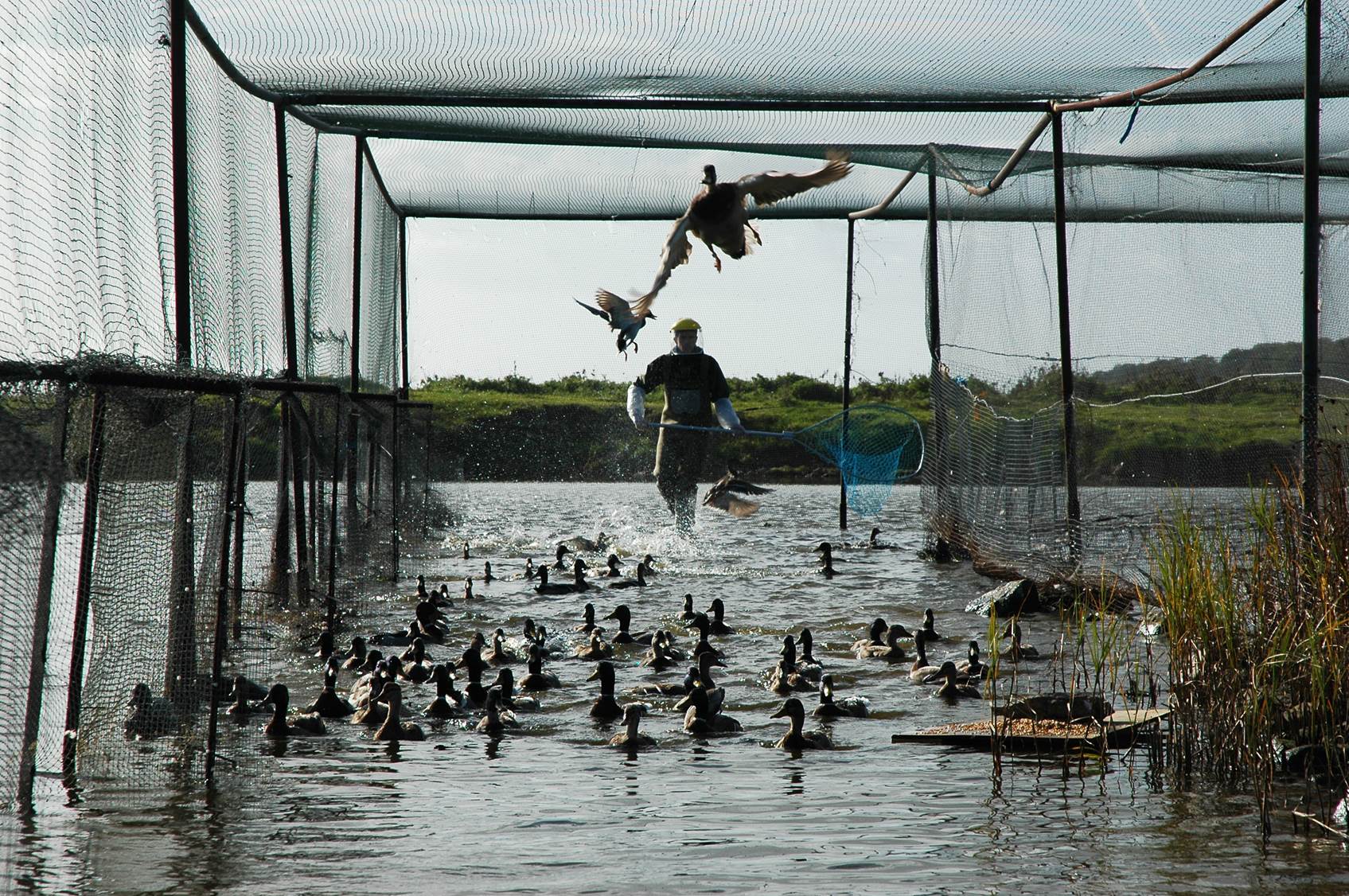 During the last century, Influenza A virus (IAV) caused three pandemics. In 1918-1920, the Spanish Flu killed at least 50 million people. All pandemic viruses contain avian genetic material achieved through a re-assortment process. Influenza A viruses are continuously circulating in wild waterfowl and interspecies transmission events are expected to cause new outbreaks in domestic poultry as well as human infections and even pandemics. There are two different strategies used in treatment and prophylaxis of IAV. First, vaccines are effective but the production of vaccines is slow, and second antiviral drugs like the neuramidase inhibitors oseltamivir (OC) (Tamiflu) and zanamivir (ZA) (Relenza). 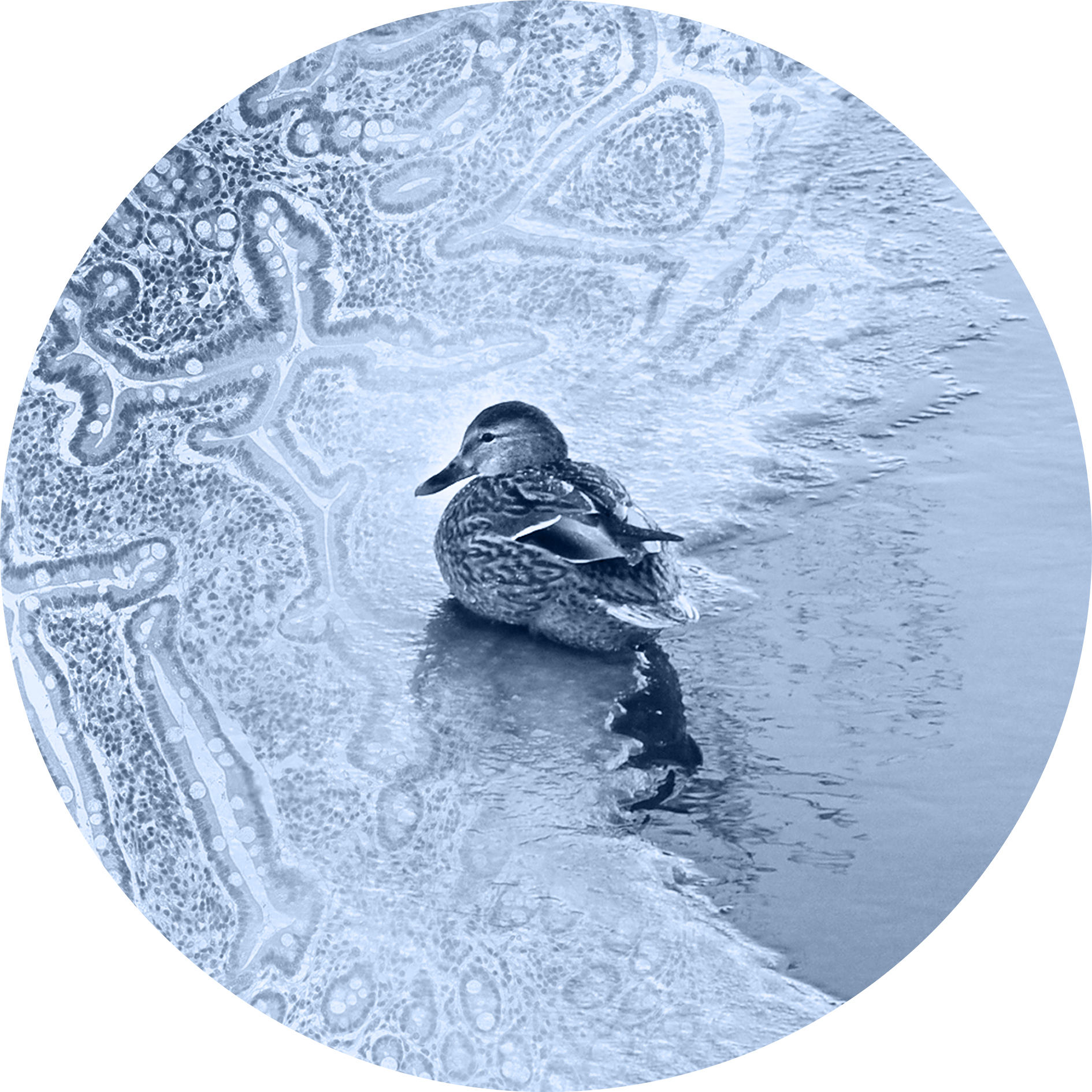 Antiviral drugs
Antiviral drugs against influenza, like the neuramidase inhibitor oseltamivir (OC) have been shown to be stable in water and neither removed nor degraded in sewage treatment plants. Ducks, which are the natural reservoir of influenza A viruses are exposed to OC in the downstream water, resulting in resistance induction of viruses in their gastrointestinal tract. At the Zoonosis Science Center we have a mallard animal model which we use to study the development of Influenza A virus drug resistance. By virological, chemical and molecular techniques we have detected induction of resistance to Influenza A virus and retention of resistance mutations without drug pressure.
Contact: Josef Järhult

Interspecies transmission
Viral attachment, replication and release are limited by physical constrains that function as barriers for interspecies transmission. Host immunity is another such barrier. The influenza virus adapt to the selective pressures by rapid evolution and can sometimes cross these barriers. At the Zoonosis Science Center, we study viral genetic- and phenotypic changes as well as host immunity during IAV transmission between wild birds and to poultry.
Contact: Patrik Ellström

Campylobacter and other gastrointesitinal pathogens 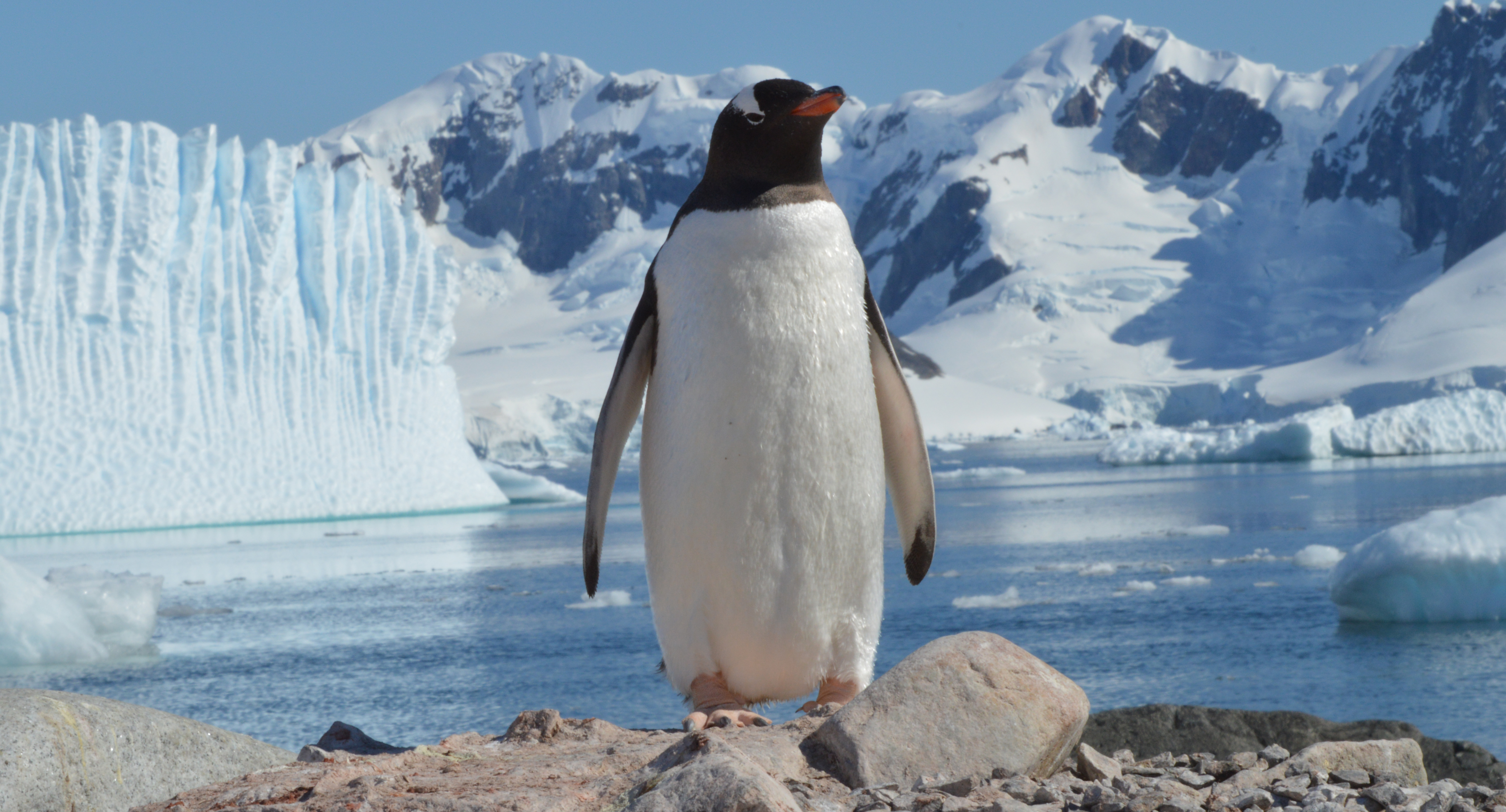 Campylobacter is our most common zoonotic infection and most human cases can be attributed to the broiler industry. Despite years of research efforts, we still know very little about how Campylobacter reach the food industry, how they survive in the environment or how they transmit between species and cause disease in humans. At the Zoonosis Science Center, we study barriers for transmission of Campylobacter between species. We also study Campylobacter in organic poultry farming as well as interventions to reduce the burden from these bacteria in this rapidly increasing market. In 1995 we discovered that Campylobacter can survive and replicate in free living amoebae and currently we focus on understanding the role of such protozoans as environmental reservoirs for these bacteria. 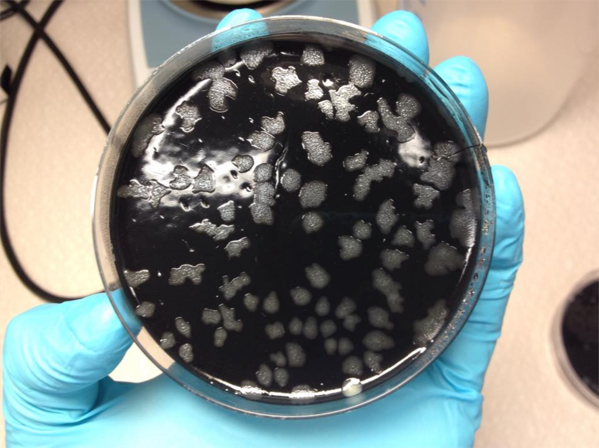 Campylobacter are globally abundant and wild birds are important hosts. Anywhere there are birds, there seem to be Campylobacter. During a number of expeditions, we have isolated Campylobacter even in Antarctica. Currently, we study the ecology of Campylobacter in these remote areas.
Contact: Patrik Ellström

Antibiotic resistance
The main force behind emergence of antibiotic resistance is the use of antimicrobial agents in human and veterinary medicine and domestic animal husbandry. However, there is also evidence that epidemic spread of drug-resistant bacteria and horizontal transfer of resistance genes are contributing factors to resistance emergence. The bacteria we select for in environments close to humans will find their way to bacterial communities in nature and vice versa. At the Zoonosis Science Center we bring together experts in different fields (physicians, veterinarians, ecologists, micro- and molecular biologists, and environmental chemists) to evaluate how bacterial resistance is transferred and maintained within all potential reservoirs, including humans, domestic animals, wildlife and the environment.
Contact: Josef Järhult